This year marks the centenary of the outbreak of the First World War, a conflict that cost around 10 million lives and changed forever the lives of those who experienced it at home or on the battlefields of Europe.

Throughout the year, we will be retelling stirring tales of bravery from the frontline and highlighting the terrifying moments that those back home endured, worrying about their loved ones as they listened for the far-off rumble of guns from mainland Europe.

Looking back through the archives...

Click on the e-edition below to view our special war newspaper archive. A war-time edition will be released to coincide with our current week every Thursday. Adobe Flash Player required.

Herts at War is a community led project to commemorate the diverse experiences of Hertfordshire during the First World War.

The project aims to uncover the untold stories of the county's men and women, both on the fighting front and the home front, and commemorate these individuals a century on from the conflict. 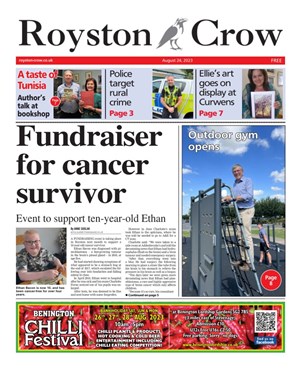 Where will I have to wear a face covering from August 8?